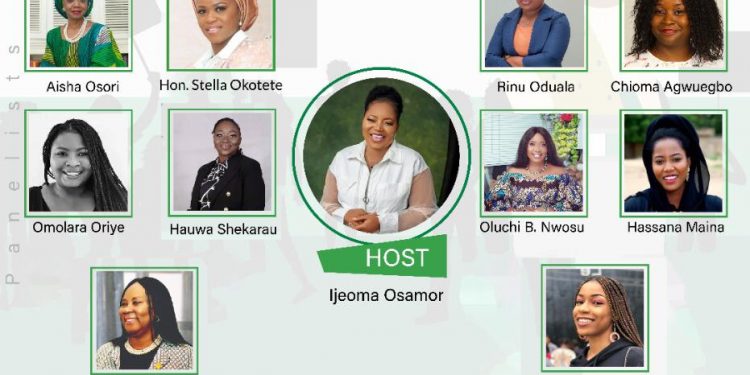 On the 20th of July 2021, Dinidari Foundation, in collaboration with AIT and with support from Heinrich Boll Stiftung, will be hosting a conference tagged “From Streets to Parliament: Strengthening Women’s Political Power in Nigeria”

It is no news that in Nigeria, the number of female representations in politics and governance has continued to be at an all-time low. With women constituting over 45% of the nation’s total population, it is not far-fetched to expect a balance in genders amongst the people who lead us.

As a result of this, it has become expedient to start conversations around female participation in government. This is important because the work women who are currently interested in running for various offices/female politicians are doing can be amplified and thus encourage younger women to know it is possible and very necessary.

There is no gainsaying the importance of active female participation in governance; we can trust that they would pay serious attention to women-centred issues like the maternal mortality rate, girl-child education, early marriage, sexual and gender-based violence, to mention a few.

On the flip side, active female participation also involves women and girls demanding transparency and accountability from their elected representatives.

The conference will have prestigious female panelists including, Iyom Anenih, former Minister of Women Affairs, Hauwa Shekarau, the first female chairperson of the Nigerian Bar Association (Abuja), Ayisha Osori, the Executive Director, Open Society Initiative West Africa, Rinu Oduala, a young woman who played an essential role in the recent #EndSARS protests and a few others who are currently thriving in their respective fields.

They will be leading the conversation on women participation in governance and discussing how the leadership roles women occupy in the civic and business spaces can translate into more political capital, the opportunities available in increasing the representation of women in formal party politics and government structures, other avenues to broaden the political space and increase women’s political power and influence, peculiar challenges women face in their journey to vying for offices, how a value reorientation can be brought about to weave gender equality into the DNA of our highly patriarchal society and many more salient topics.

The conference will be anchored by Ijeoma Osamor (Democracy Today). To avoid a large physical gathering due to the ongoing Covid-19 pandemic and maximize reach among young women across the country, the programme will be hosted live on African Independent Television (AIT) before a small live studio audience; will be streamed live via Zoom and Facebook and allow for direct interaction. At the end of the conference, a communique will be produced and published in a major national daily newspaper, published on Dinidari Foundation’s website, published on the AIT website and published across all social media platforms.