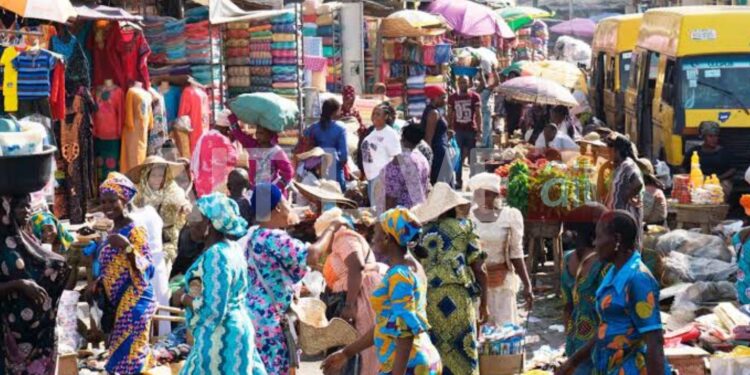 The latest Gross Domestic Product, GDP report by the National Bureau of Statistics, NBS on Monday indicates growth in the Nigerian economy during the Fourth Quarter of last year.

The development according to the Special Adviser to the President on Economic Matters, Adeyemi Dipeolu shows the determination of the President Buhari Administration to continue to drive the economy towards further growth and shared prosperity.

The growth in Q4 2019 is the highest rate since Nigeria came out of the recession in 2017. This feeds into the estimated overall GDP growth for 2019 which is 2.27%. This represents an increase on 2018’s growth rate of 0.36%, and shows an improving trend since the recession, of increasing growth in GDP.

The growth in the non-oil sector is driven by Information and Communication Technology, Agriculture, Manufacturing and Financial and Insurance Services.

Finance and Services sector grew at 23.3% in nominal terms. This is higher than the preceding quarter and the similar period in 2018. The Sectors annual contribution in 2019 was 2.93%. In real terms, this growth was at 20.18%.

Economic growth is reflective of a healthy economy and points to the policies of government towards specific priority sectors. The report shows that Nigeria is growing, even higher than some international analysts had predicted.

This growth can be attributed to the robust policies of the government to diversify the economy, renewed security efforts/reduced vandalism of pipelines, and improved consumption/production of local goods (Rice) etc.

There is also some improvement expected going forward with less volatility in oil prices, reduced effect of disease on crops (Lassa fever), more support to SMEs, early passage of the budget and continued diversification of the economy.”