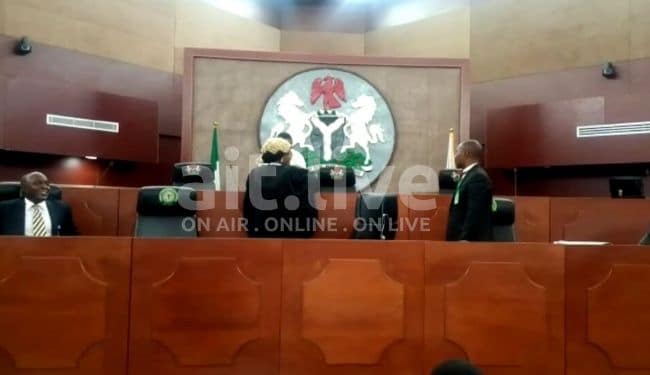 The Supreme Court has dismissed the application filed by the All Progressives Congress, APC and former Governor Abdul-Azeez Yari asking it to review its judgement on the 2019 elections in Zamfara State.

In the judgement delivered by Justice Sylvester Ngwuta, the court held that it lacks the jurisdiction to entertain such application for review of its judgement as it violently violates Order 8 Rule 16 of the Supreme Court Rules and Section 235 of the 1999 Nigerian Constitution.

It observed that wherever the word “shall” is used it means total prohibition.

Zamfara state review of the judgment in the pre-election matter

There is however a dissenting judgement from one of the 5 justices. Justice Chima Nweze in the minority judgement said that he is standing by what he said in the application for review of the Supreme Court judgement on Imo State Governorship election.

Justice Nweze held that the apex court just like other jurisdictions of the world the Supreme Court can reverse itself.

The Supreme Court had in its judgement of May 24, 2019 ruled that the APC did not conduct valid primaries to select its candidates for the 2019 elections in Zamfara State so the party was disqualified from participation in the elections.

Consequently, the apex court ordered that the certificates of return issued to APC candidates who supposedly won the elections for Governorship, National and State Assemblies be withdrawn and new certificates issued to the party with the second highest votes which was the Peoples Democratic Party, PDP.