According to a statement by the Command’s Public Relations Officer, PRO, DSP Sulaiman Nguroje, the suspect has allegedly circulated the fake notes in exchange for goods and services in Guyuk, Lafiya, and Numan towns.

The investigation further revealed that counterfeit notes are still in circulation in those areas. The PRO urged members of the public particularly traders to observe while trading so as to avoid falling victim.

“The Commissioner of Police, Olugbenga Adeyanju, while assuring that much is being done to prevent further circulation of the counterfeit notes enjoins residents to report any suspicious person or group around their neighbourhoods to the nearest police division or report to the Police Command control/emergency numbers, provided,” the statement added. 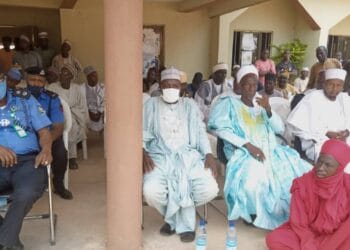