The body of the late Mrs. Milka Ladi Zadok, the mother of the late paramount ruler of the Bachama Kingdom, Asaph Zadok, has been laid to rest in her hometown in the Numan Local Government Area of Adamawa State.

The burial ceremony of Mama Milka Ladi Zadok began with a Service of Songs in her family compound in Dakota of Numan Local Government Area.

Late Mama Zadok was not known only as the mother of a paramount ruler in the Bachama Kingdom, but was also popular for her philanthropic initiatives.

Her children said they will build on the legacy of their mother.

Present at the funeral ceremony is the founder of DAAR Communications Plc., High Chief Raymond Dokepsi, Chief Timawus Mathias, and the former Deputy Governor of the then Gongola State, David Barau.

Late Mama Zadok who died at the age of 88, was survived by 12 children, 26 grandchildren and four great-grandchildren. 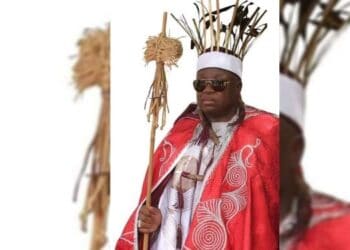