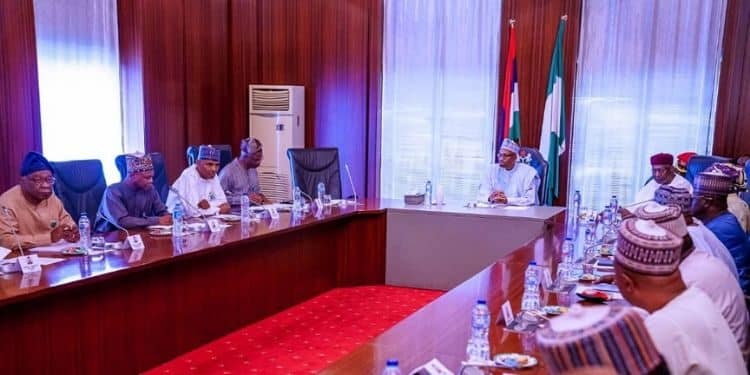 President Muhammadu Buhari Thursday received an important briefing by the new Economic Advisory Council, EAC, giving firm commitment that his administration will be bound by their advice on economy related matters.

At a meeting with Professor Doyin Salami-led 8-member council at the Presidential Villa, Abuja, President Buhari gave the first directive from their recommendations that the Secretary to the Government of the Federation, Boss Mustapha, address immediately the observed lapses in coordination between ministries and all agencies of government.

Federal University of Agriculture takes off in Kebbi State

In his remarks after listening to the report of macroeconomic importance and their views and recommendations, President Buhari said on the issue of coordination, that “the lack of synergy between ministries, departments and agencies would no longer be accepted. We are working for the country, not for personal interests. We have the same objective of service to the people and we will resolve this.”

Earlier in the submission of their report, Professor Salami, supported with interventions by Council members, responded to questions by the President and his team in which they outlined a number of challenging opportunities facing the economy, and proffered solutions to most of them.

In addition to the issue of synergy which the President addressed at the meeting, the Council raised concerns that the rate of the growth of the economy is slower than the rate the country’s population is growing; the need to strengthen national statistical agencies; reform procurement processes; improve education; and the need for job planning in training offered by academic institutions.