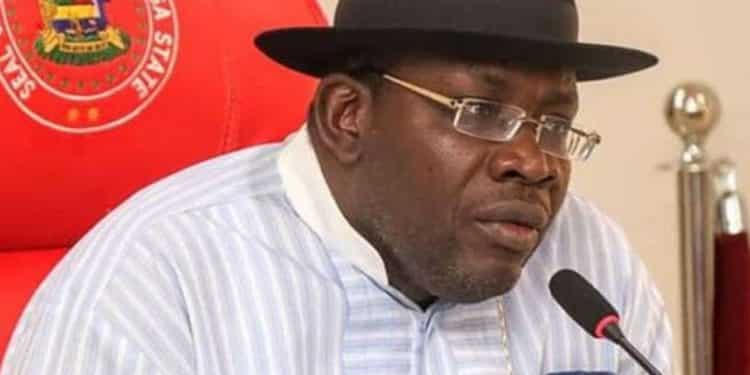 The Minister of Youth and Sports, Sunday Dare, has called for a proper selection of talented young players from the Governor Seriake Dickson Football Tournament, so as to infuse them in developmental programme that would ensure they become national team players in the coming years.

The Minister came out with this at the grand finale of the 3rd edition of the Restoration Cup at the Samson Siasia Sports Complex in Yenagoa where Okolobiri community emerged winners defeating Ekeremor community 4-2 on penalties.

The Governor Dickson Restoration Cup was keenly contested by 161 communities and private sector organisations which saw Okolobiri and Ekeremor communities locking horns at the finals.

Bulky striker, Solomon Foluwa, of Ekeremor FC, drew first blood in the 36th minute into the first half, but their joy did not last long as goal poacher, Stephen Isaiah, of Okolobiri FC, tapped in for the equaliser two minutes later to end the first half 1-1.

The end of the penlty shot out saw Okolobiri community emerging winners of the 3rd edition of the competition, defeating Ekeremor community 4-2 on penalties, after playing a one all draw at regulation time.

Governor Dickson, who earlier commissioned the facility, noted that the installed tartan tracks, the scoreboard, and flood lights, were all geared towards ensuring the sport complex was well equipped for the benefit of athletes in the state.

According to the Sports Minister, the vision of the State Government is in line with that of the Ministry, repositioning the sports sector for greater productivity.

The winners, Okolobiri community, were presented with a cheque of N2.5m, Ekeremor FC N1.5m, while N1m was presented to the third-best team, Peretorugbene FC

Side attraction of the grand finale was a 100m race by Governor Dickson, the Sports Minister, Queen of the track, Mary Onyali-Omagbemi, Sports Commissioner, Daniel Igali, and former Super Eagles Coach, Samson Siasia.