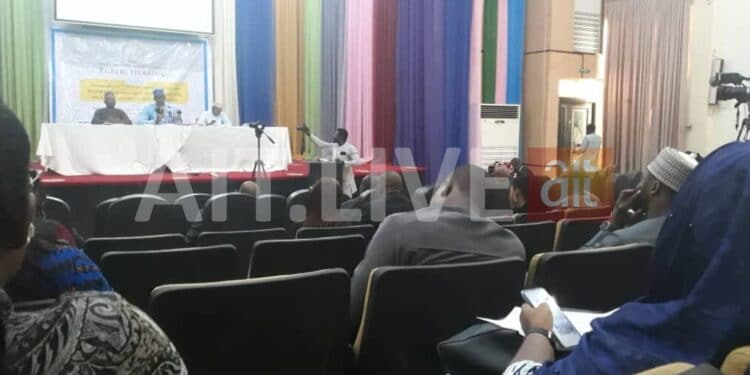 There was low turnout of electricity consumers at the Abuja Public Hearing on Tariff Review organised by the Nigerian Electricity Regulatory Commission, NERC.

Those who turned up were, however, unanimous in kicking against the planned hike in electricity tariffs from April 1, 2020.

Following reports on the attack and eventual death of a staff of the Abuja Electricity Distribution Company, AEDC, in the nation’s capital, the NERC wants electricity customers to seek legal action in electricity matters instead of taking the laws into their hands.

Meanwhile, some electricity consumers have also opposed the proposal for an upward review of tariffs currently being canvassed by distribution companies.

The consumers, who made their position known in Lagos during a public hearing at the instance of the NERC, said such a proposal, if granted, would further deepen the pains of consumers who are currently battling with inefficiency in the sector.

In Jos, residents of Plateau State have also kicked against the proposed increase in electricity tarrifs describing it as a deliberate attempt to keep the masses in perpetual hardship.

For these consumers of electricity they can not just come to terms with an upward review in tarrif when they can not boast of enjoying steady power supply coupled with issues of excessive billings.

They called on the Federal Government to put a stop to the planned review or face stiff resistance from the people.

Recall that there were reports of approval to the distribution companies by the NERC for hike in electricity tariffs come April 1, 2020.

The NERC, however, said that it has not taken any decision regarding the application for an upward review of electricity tariff by the Kaduna Electricity Distribution Company.

Vice Chairman of the Commission, Sanusi Garba, who stated this in Kaduna at a public hearing on the application for a review by the Kaduna Electricity Distribution Company, said it would be preempting the decision at this time to say whether the tariffs would be reviewed upward or not.

The public hearing is to interrogate why the distribution company has applied to the NERC for a review of its tariff.

Among the reasons for the proposed review are high cost of gas price and exchange rate among others.

For the electricity consumers, however, the review is uncalled for, considering the poor quality of service and other issues like metering which are still problems.

In its submission, the Kaduna Electricity Distribution Company said it would do what it takes to improve its services, but the burden would rest on the consumer.