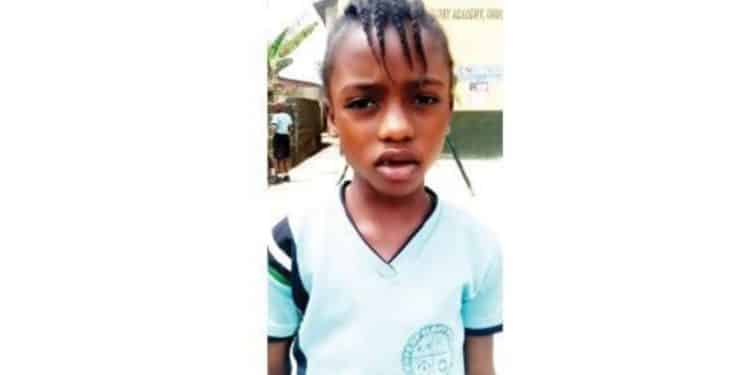 A 6-year-old girl from Ondo State, known as Dele Rasheed, whose story of determination to succeed in her academics has gone viral on social media, is beginning to attract attention from well-meaning Nigerians.

AIT visited her home and school in Ondo Town of Ondo State in South-West Nigeria, where help may be coming the way of the family due to her commitment to studies.

At about 10 pm on the night of February 5, 2020, 6-year old Dele never knew her commitment to her studies would generate national attention.

Ondo State Govt will not transfer Coronavirus patient to Lagos

The obviously diligent schoolgirl had her homework to deliver the following morning at school. Against all odds, she refused to allow Nigeria’s decades of power supply crisis to frustrate her determination. With no public electricity supply at home, she knew she had to search for alternatives.

The nearby Automated Teller Machine, ATM, close to her home happened to be the only viable alternative.

Huddled over her notebooks in the lit enclosure of the ATM point and scribbling on her homework at such a late hour, the young girl was spotted by a man later known as Bada Mathew, who had come to withdraw money from the ATM.

He took a picture of her and posted on Twitter. It became a viral sensation as Nigerians were touched by the photo.

Matthew, who also spoke to AIT, said Dele’s focus and determination were what most impressed him.

Little Dele is from a poor background, but she seems quite determined to change her story and her future.

AIT also visited Dele’s school where the Proprietor told us the financial struggle the family goes through to ensure Dele gets an education.

In an exclusive interview, little Dele told AIT that she is determined to realise her dream of becoming a medical doctor.

The bank, whose ATM gallery the girl was spotted, is, however, yet to fulfill its promise to support her education through scholarship.