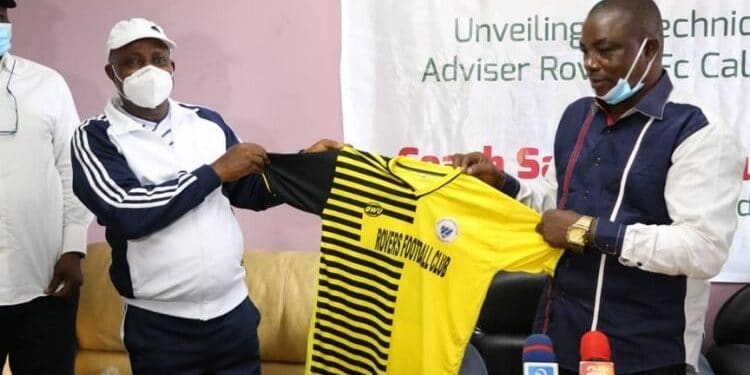 Cross River State Government has hired the Former Kwara United Football Coach, David Samson Unuanel, as the new head coach of the Calabar Rovers with a charge to redeem the image of the club using his experience.

Commissioner for Sports Development and Cinematography, Offu Aya gave the charge in Calabar during the unveiling ceremony of the new coach at the UJ Esuene Stadium.

He said the State Government will do it’s best to fulfil and possibly surpass the terms of the agreement,saying the only thing they need from the new technical adviser is for Cross River owned Calabar Rovers FC to get to top rank in the national and continental competition.

Unuanel is arguably one of the best coaches in Nigeria considering the number of players he nurtured from the grassroots before becoming professional stars, a wonder the Cross River state Government is expecting him to perform under the new agreement.