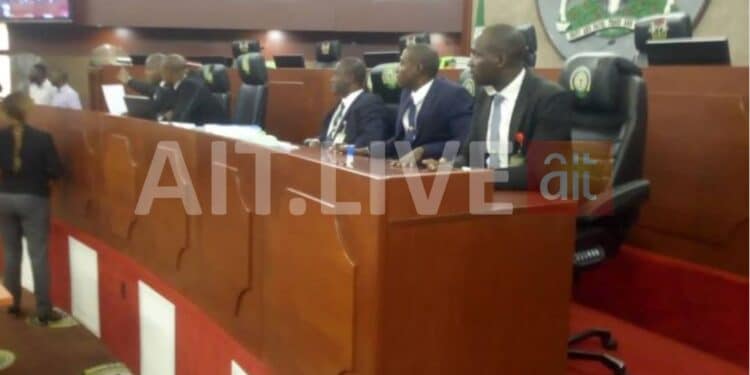 The Supreme Court has dismssed the application filed by the All Progressive Congress, APC, to review its judgment voiding the participation of its candidate in the Bayelsa governorship election .

The court held that the suit filed on behalf of the APC, its sacked governor-elect, and its deputy governor, David Lyon and Biobarakuma Degi-Eremienyo respectively, lacked merit as its frivolous and abuse of court process.

Bayelsa Assembly shuts down for 2 weeks over Coronavirus

In the unanimous decision delivered by Justice Amina Augie, the court was furious on the applicants and their counsel, Afe Babalola and Wole Olanipekun for filing the motions described as regrettable motions and a deliberate desecration of the judiciary.

In an emotion, Justice Augie said she feels like shedding tears that senior counsel would ever bring such frivolous applications and Order 8, Rule 16 of the Supreme Court, the court has no powers or authority to review any judgment delivered on merit safe for clerical error.

She, therefore, dismissed the two applications and ordered the lawyers, Afe Babalola SAN and Wole Olanipekun (SAN), to pay the sum of N10 million to each of the three respondents, Governor Duoye Diri, his deputy, Senator Lawrence Ewhujapkor and the fine is to be personally paid by the lawyers.

Supreme Court had on February 13, 2020, nullified the election of David Lyon of the APC.