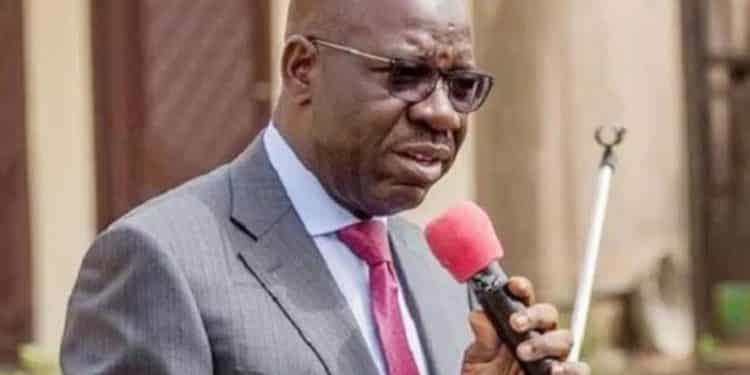 Edo State Governor, Godwin Obaseki has reacted to allegations that he abandoned the Benin Storm Water Project initiated by his predecessor, Adams Oshiomhole.

The Governor while on an inspection of the ongoing construction of underground drainage system at the Ekenwan axis of Benin City debunked the allegation and attributed it to a deliberate attempt to discredit the works of his administration.

The project by the Edo State Government is to effectively tackle the menace of flooding in the Ekenwan axis of the state capital.

The stretch of it underground is 2.5 kilometres.

The entire project starts from the King Square area at the city centre with a dual carriage of 16 metres stopping at the Ekenwan barracks.

This, Commissioner for Infrastructure, John Inegbedion says is a continuation of the Benin Water Storm project initiated by the immediate past administration of Adams Oshiomhole.

Governor Obaseki noted that the underground drainage system will get to Gelegele and the proposed seaport.

He stressed that there was never a time the Storm Water Project was abandoned as alleged.

Obaseki assures that another area, Evbotubu will get the same quality job once work is completed on Ekenwan.